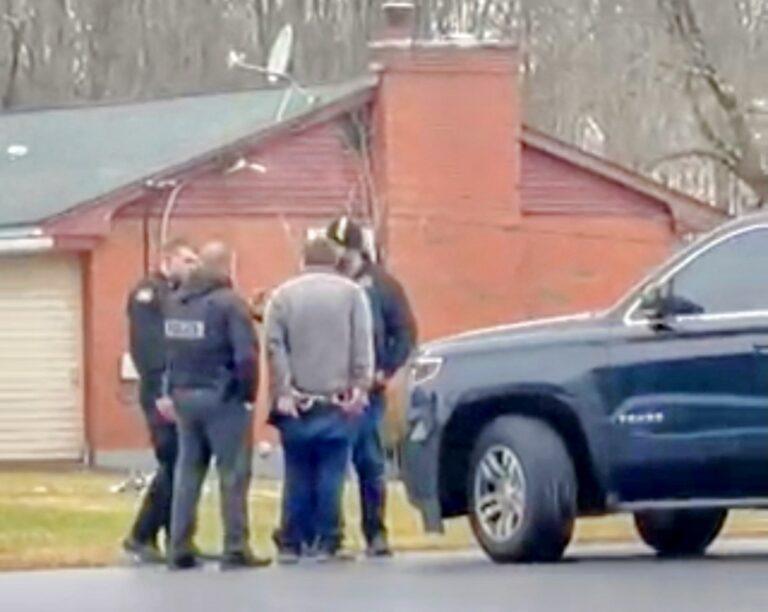 TOWN OF POUGHKEEPSIE – The hours-long standoff between an armed man barricaded in his house and members of law enforcement ended peacefully Wednesday at approximately 11:15 a.m.  The incident on Pleasant View Road began shortly after 9:00 a.m. when a member of the Dutchess County Sheriff’s Office (DCSO) arrived at the residence and attempted to evict the tenant, tentatively identified as Shawn Maggiacomo.

Maggiacomo brandished a shotgun at the officer and then barricaded himself in the residence, along with his mother, who is deaf.

Law enforcement from several agencies responded to the area, including members of the Emergency Services Units from the DCSO and the Town of Poughkeepsie Police departments.   Residents of the Pleasant View Road and Dutchess Turnpike/Route 44 area remain in their homes to allow law enforcement to secure the area.

The DCSO published a statement saying “This incident has concluded peacefully and there is no threat to public safety at this time.”  The statement also indicated that the roadways in the area had been reopened to traffic.

The initial Mid-Hudson News story regarding the standoff can be found here.